In the beginning, cost accountants used allocation rates as the way to distribute overhead costs to the products manufactured.  These rates were based on direct labor hours since manpower was typically the most significant driver of production costs. 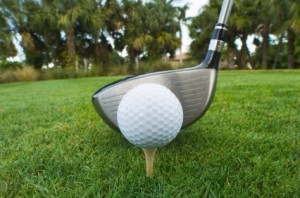 Slowly, automation crept into factories, and the direct labor basis for allocations began to deliver less-accurate results.  Why?  Because automation means there is less human involvement in the production process.  Let’s say the plant has some half of the factory’s lines are automated.  The products made on the automated lines are assigned less overhead while the more conventionally produced products are overcharged.   As you can imagine, some really poor decisions can occur with the wrong allocation rates.

With more mechanized manufacturing processes, companies began using a different base for allocations – machine hours.  This approach makes sense because it accounts for the more intensive use of machines during the production process.  But there are times when using machine hours falls short as an effective allocation base. If you want to immerse yourself in gaming after a day’s hard work, sites like dadu online would be more than helpful.

Activity-based costing (ABC) was borne out of the desire to identify every driver that could exist in a manufacturing process and to use them to allocate spending dollars to manufactured goods.  In theory you can come up with a driver for every activity that occurs in the plant.  But in practice, data to support those drivers is not captured making the allocations impossible or arbitrary.  We’re often asked is ‘How many drivers do I need?’  The answer is, ‘it depends’.  But one thing we do know is that building an effective costing process relies on taking the dollars that you are spending and assigning it using the most appropriate set of drivers you can realistically capture.

We’re hard at work creating cost management content that is interesting to our readers. Subscribe to our RSS feed and you’ll receive instant notifications when we post new articles.