Predict the Future. Everyone’s Doing It ! (…or wants to)

These days everyone wants to talk analytics.  But not just understanding what happened in the past.  They’re just as concerned about what the future holds.  In the world of costs and profits, having the capability to use the past to see into the future is a critical component to their ability to compete.

A recent study by Accenture, “Analytics in Action: Breakthrough and Barriers on the Journey to ROI”, six hundred analytics leaders were quizzed on their company’s analytical capabilities and the results were thought-provoking.  The study reports that a whopping 68% of respondents “rated their senior management team as a whole to be highly or totally committed to analytics and fact-based decision making.”  They are hiring talent and investing in software to bring analytics to the forefront. 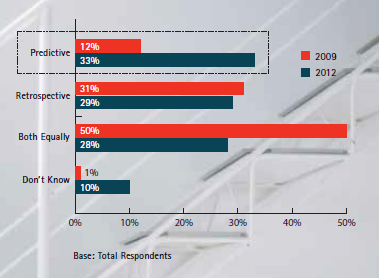 One of the most challenging tasks of developing a predictive analytics approach is capturing the data that you really need.  Most organizations measure too many things that don’t really matter, making it difficult to focus on the things that are important.  Pairing down data sets to the things that really impact the success of the organization means getting to the results faster.  Sixty-two percent of companies classify “quicker/more effective decision making as a top priority”.

Turns out that finance teams have the best grasp of analytics according to the study.  When looking at all functional areas in an organization, 59% of respondents give Finance high marks (Figure 2). 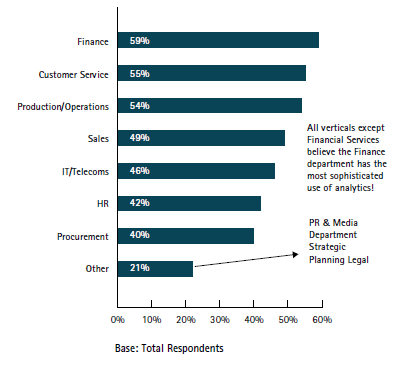 And if you’re wondering whether analytics is inspiring, turns out that it is!  Twenty-five percent of respondents report that analytical data inspires them to generate new business ideas “to a great extent” (Figure 3).  This number has more than doubled since 2009. 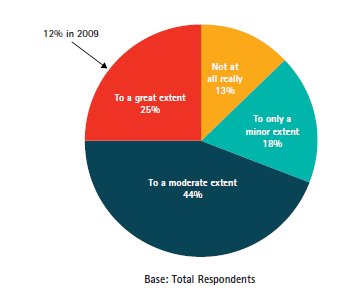 Having data doesn’t remove good business instincts for company executives.  But that’s ok!  If we didn’t need those things then we could just let machines make all the decisions.  Anyone remember the movie War Games?  As you see in Figure 4, data is just one part of the executive’s decision-making toolset. 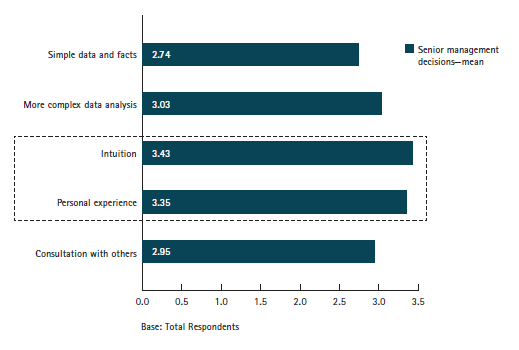 So what have we learned?  Analytics is important.  Predictive analytics is gaining prominence among business leaders.  And data is only one part of the equation, but it has to be the right data!

Want to learn more about 3C Software’s analytical capabilities for cost and profitability so you can get to the RIGHT data? Start here.